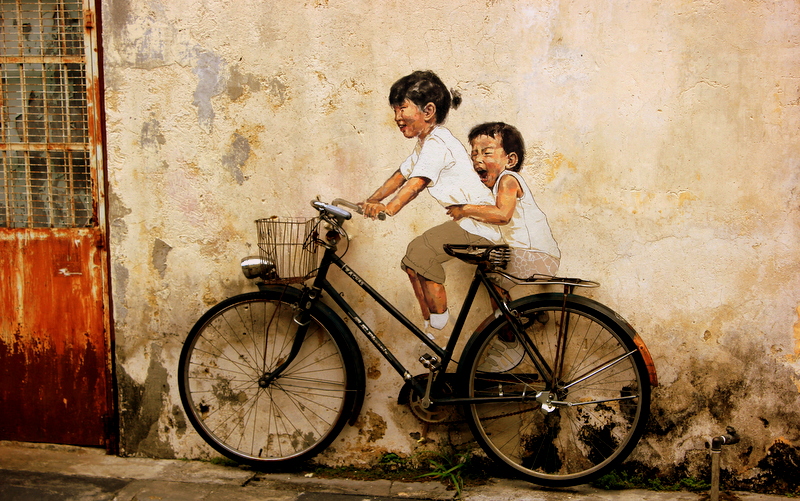 Georgetown is the capital of the island and state of Penang, on the west coast of peninsular Malaysia. It was listed by UNESCO in 2008 as a World Heritage Site, together with fellow former Straits Settlement, Melaka. Georgetown is a historically and culturally rich and diversified island, with an eclectic mix of ethnic groups (Chinese, Indian, Malay) not to mention other foreign nationals and tourists, this place is a melting pot of culture, religion and food. 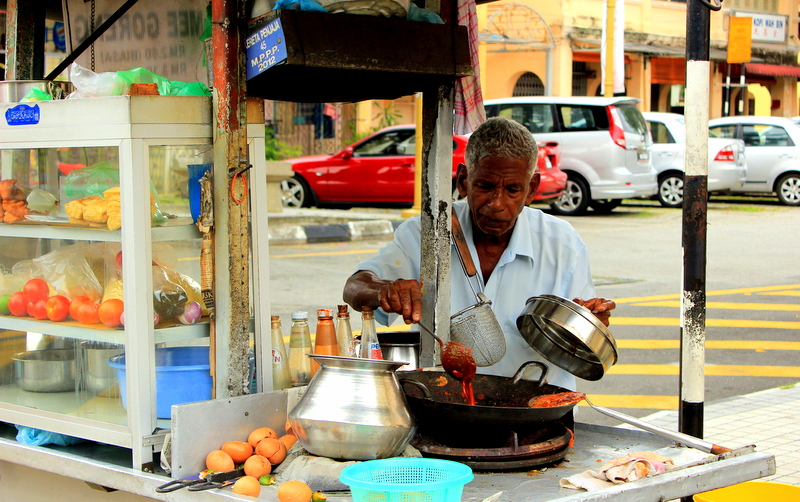 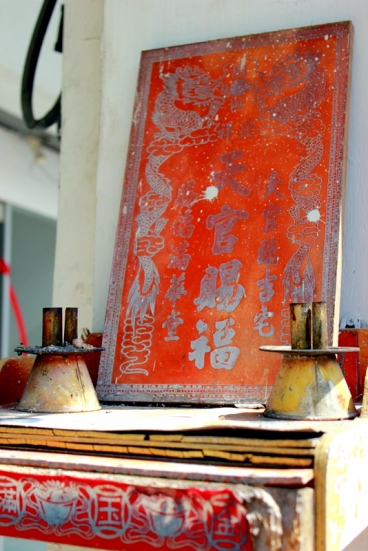 We spent three days in Penang, after having traveled by ferry, bus and train from Koh Phangan in Thailand (this took about 18 hours in total) we arrived and were immediately struck by what a charming, and culturally diverse place Georgetown really is.

We had booked a room at the Mango Tree Place, a bed and breakfast type establishment set up in old townhouses on a small, quiet street that lies 15 minutes walk or a 5 minute drive from the UNESCO living heritage enclave, where you will find old British colonial buildings that lay next to Chinese tea houses and noodle shops selling some of the best tasting meals and snacks you will ever taste.

And Mango Tree Place itself is probably the most quaint, cozy and lovely place my boyfriend and I have ever stayed. Highly recommended for the homey atmosphere, room set-up (each room was in fact a small apartment with a garden and a swing, a bedroom and a living space with a desk and lounge chair to relax in), ranked #2 of B&B’s and Inns on Trip Advisor, I have a hard time finding any fault in this place.

Breakfast was complimentary, and each morning we were served a different traditional Malay breakfast, which included Indian noodles, Nasi Lemak and chinese buns filled with sweet pork. 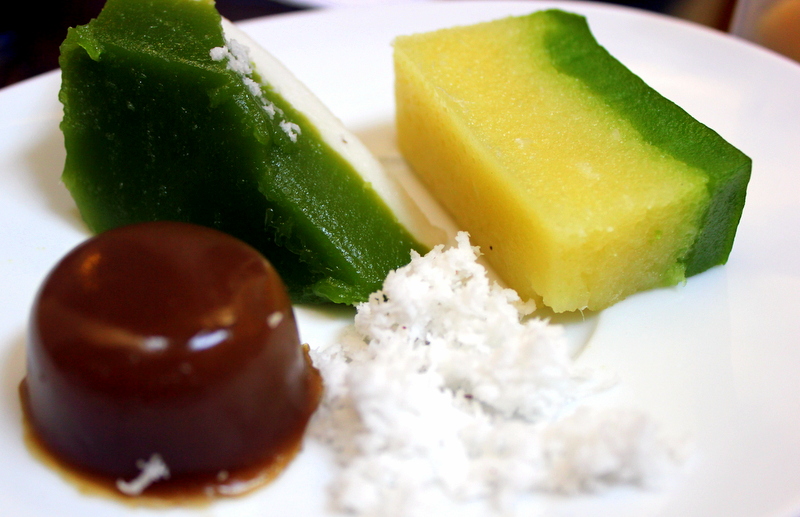 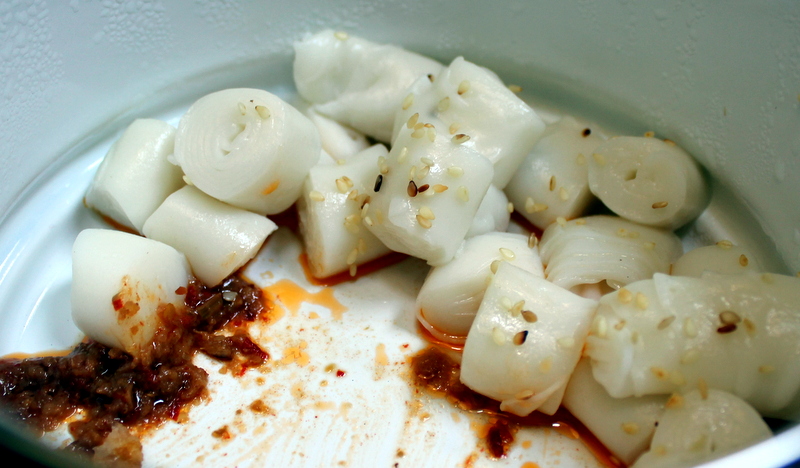 Seow Fong Lye Chee Cheong Fun are flat rice noodles served with a sweet and spicy shrimp paste. I liked them, my boyfriend did not. 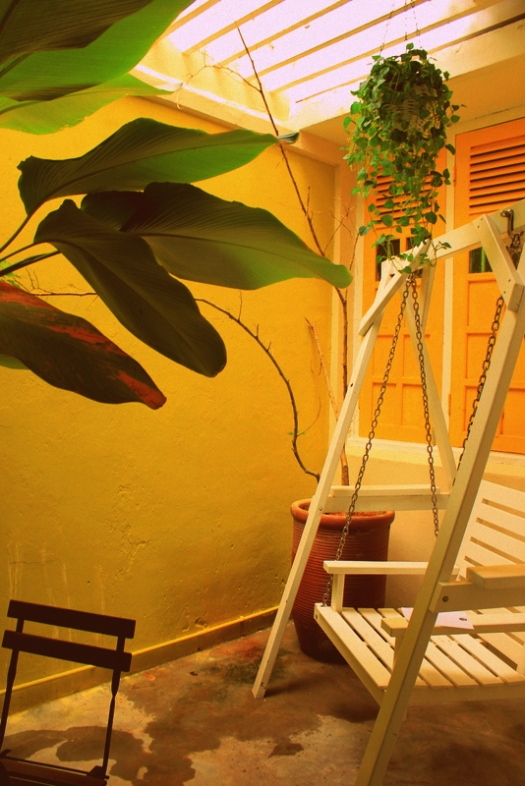 Our own private garden with a swing. 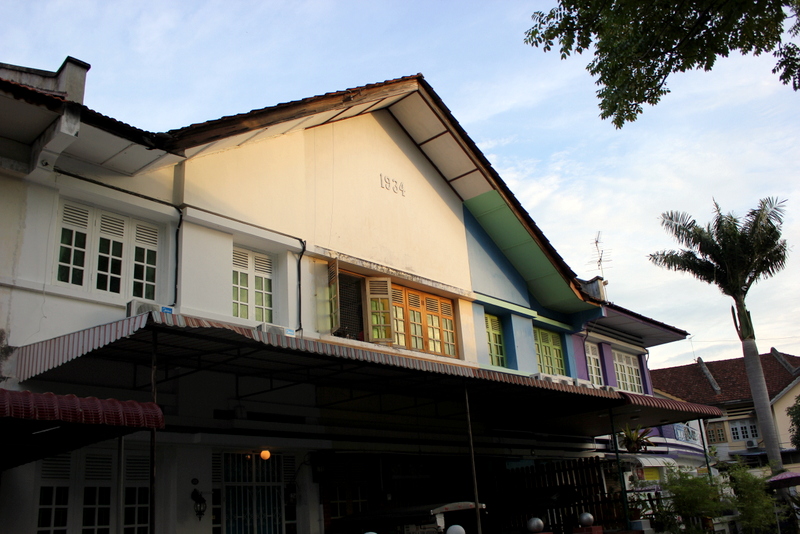 An old colonial house from 1934 on the street we lived on. 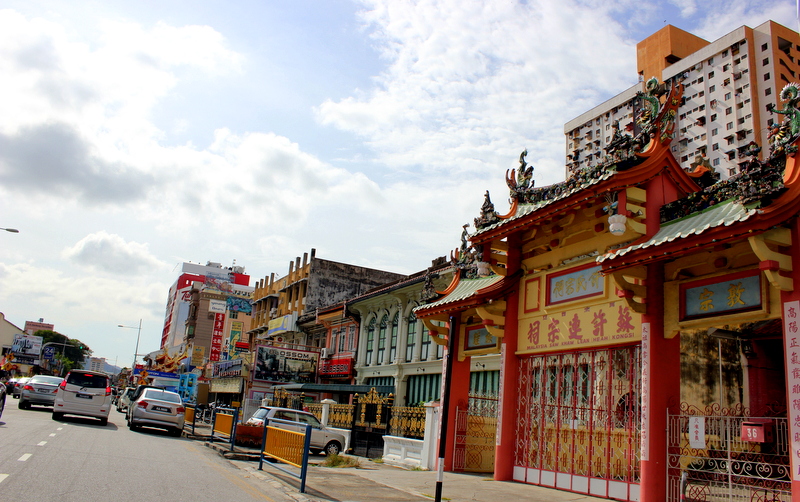 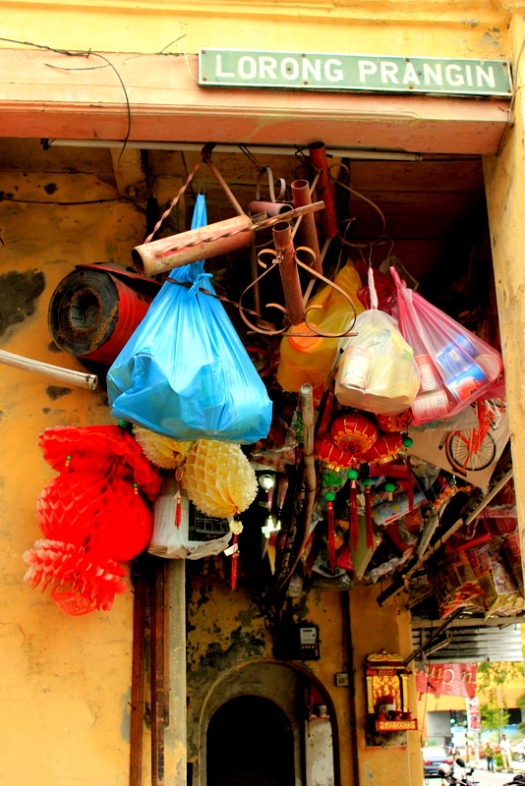 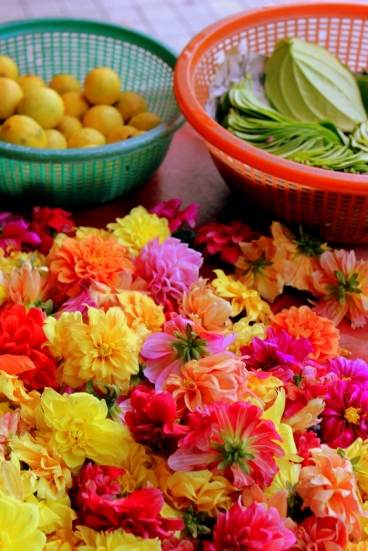 When you get to Little India in Penang, make sure you don’t walk too far to the left or right, because you may very well stumble straight into Chinatown. Set up right next to each other, Little India is considerably smaller than Chinatown, and only a few streets (in comparison to tens of streets and lanes in Chinatown) are home to Indian Malay citizens.

As soon as you walk into the area you are met with men in turbans, women dressed in saris and what seems like hundred of bangles adorn their arms, and the colors and smells scream at you, heightening your senses and giving you the feeling you really could be somewhere in New Delhi.

Make sure you haven’t eaten when you go, because there is an array of restaurants and street stalls that will tempt and seduce you into a food oblivion.

Fresh sweet mangoes, crispy fried chicken and potato samosas with exotic (what a colonial description) spices, and colorful sweets will tantalize you away from your diet and into a magical food lala land. 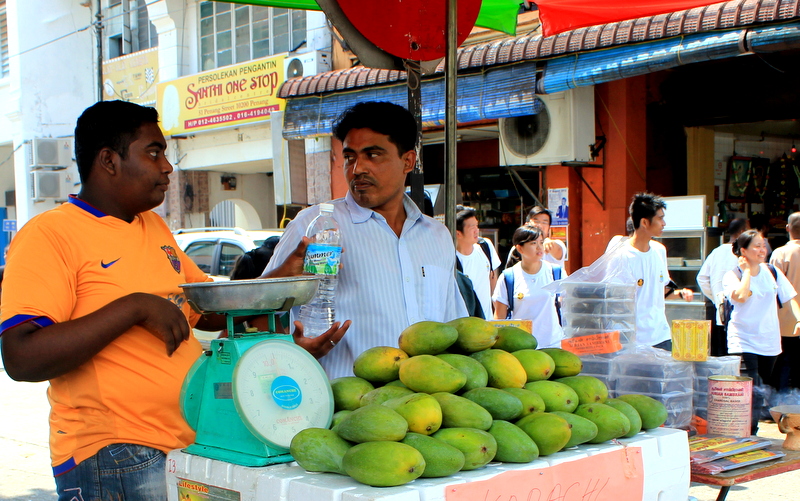 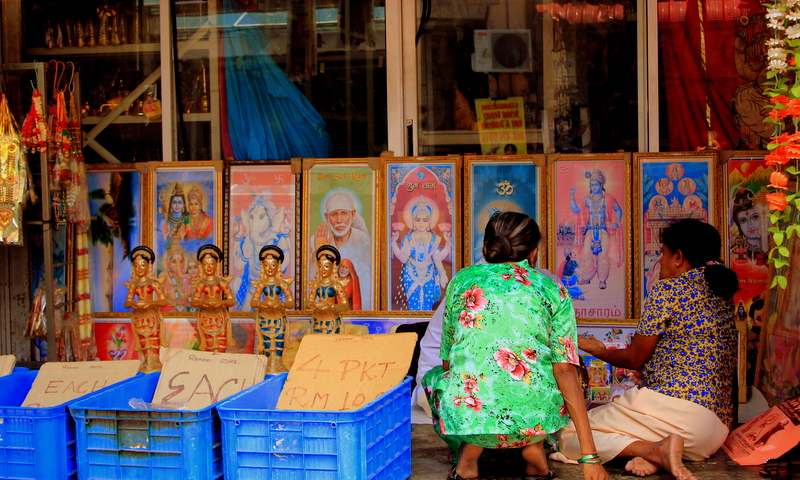 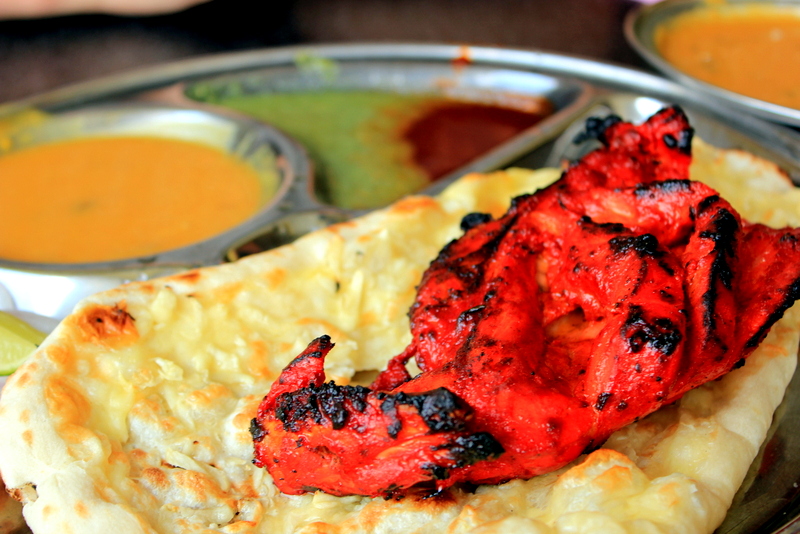 We ate this outrageously delicious, and cheap meal at Restoran Kapitan in Georgetown. Ranked #7 on Trip Advisor’s list of restaurants in Georgetown, we made sure that this establishment was on our list of places to visit. We went for lunch on our last day before flying to Jakarta, and Restoran Kapitan really does live up to its reputation. The food is freshly made and will delight your taste buds with a variety of flavors and consistencies that mesh together so well you’ll consider coming back for dinner.

We ordered grilled tandoori chicken with garlic naan, daal and mint chutney, as well as a biryani claypot with mutton (this is what the restaurant is famous for – the biryani claypots) and some extra cheese naan. Although it is the biryani people rave about, and they have probably over 10 different claypot mixes to choose from including – chicken, pigeon, frog, mutton and fish, it was the tandoori chicken that really got my boyfriend and I salivating. Seriously people, if you are ever in Georgetown – go to Restoran Kapitan. 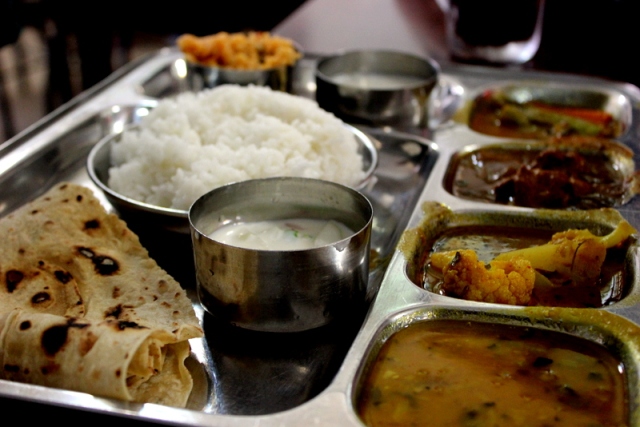 A vegetarian lunch set consisting of several different vegetable curries, dhall, raita, white rice, biryani rice and naan at Sri Ananda Bahwan. Ranked #11 on Trip Advisor, we were not as impressed by this meal as we were by the one at Restoran Kapitan, but it was very good value and still tasty food. I think it was probably the service that brought down the experience, it seemed like the waiter did not listen to us (we asked for a small water, he said big, I said small again, but we got a big one) and wanted us to buy as much as possible so we would spend more money. But, as I mentioned before, still good food. 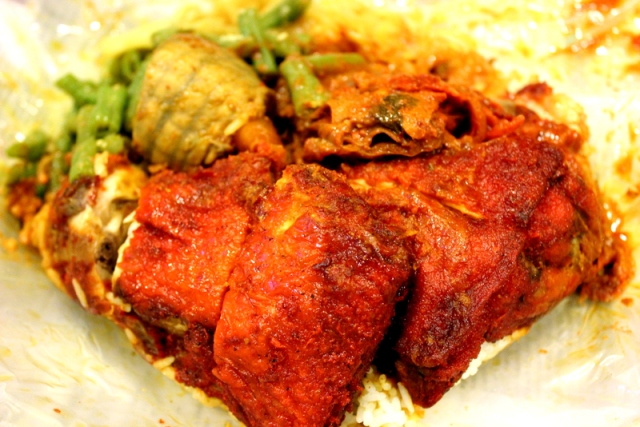 Right next to our hotel there was a 24 hour Nasi Kandar restaurant, and our Penang food guide quickly told us that this is perhaps one of Penang’s best-known and loved dishes. Originating from the Indian-Muslim culture, Nasi Kandar is a mixture of rice and curries served with vegetables and various types of meat including mutton and fish roe. The dish apparently got its name from the way it was peddled decades ago- the food was carried by balancing pots with rice and curries across the back of the shoulders with a wooden rod.

I recommend getting all the curries on top of your rice (just ask for a spoonful of each curry they have) – you will have a rich, creamy, spicy, sweet and absolutely gorgeous dish in front of you. Don’t forget to get a round of Roti Canai and curry to go with it. 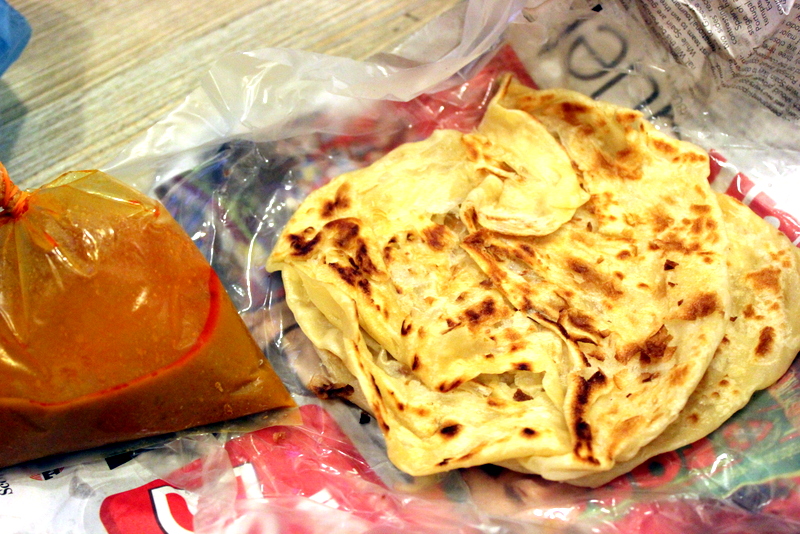 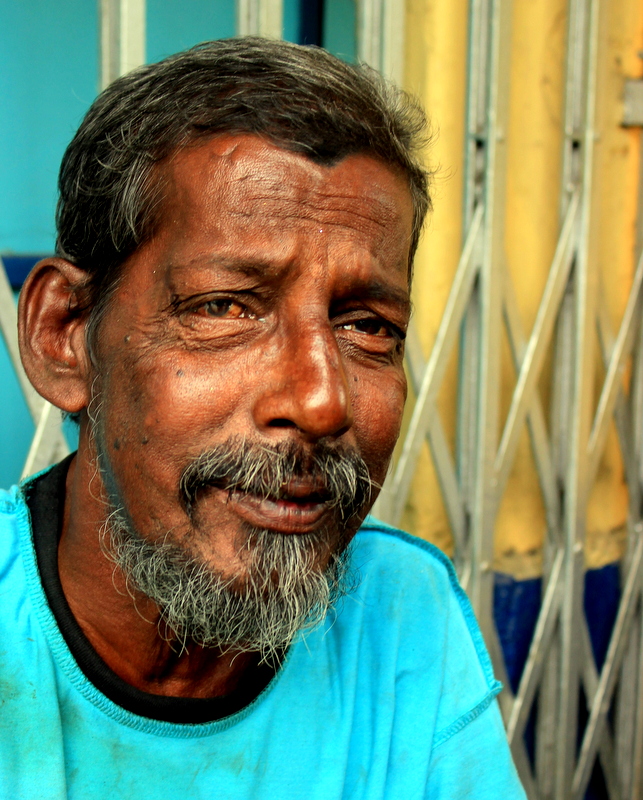 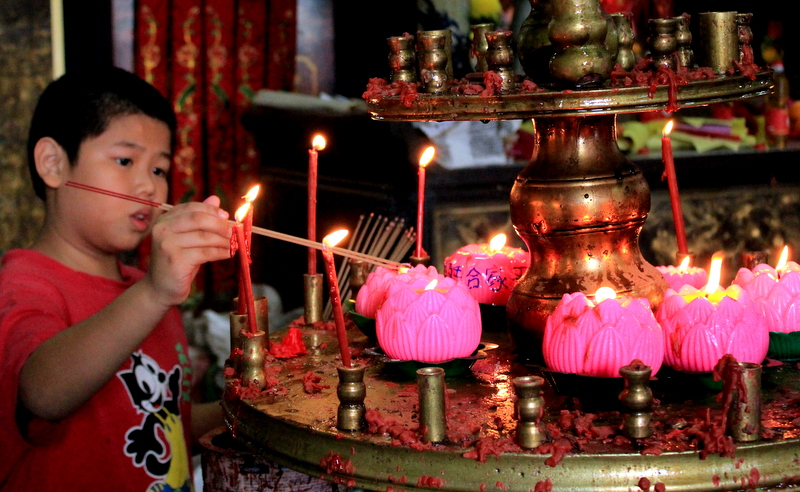 There are temples all over Chinatown, and here a boy burns incense to use while he prays. 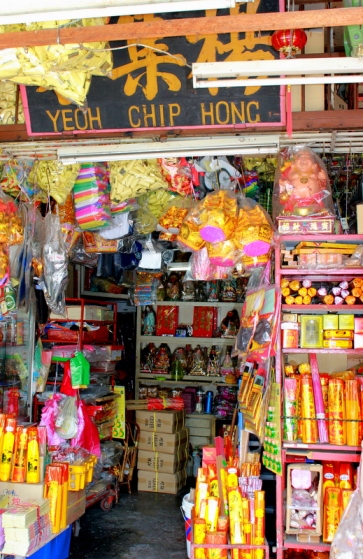 Chinatown in Georgetown is pretty big, and if you’re not careful you can get lost within its streets and lanes, a fascinating maze of every shop imaginable, fortune tellers, antique dealers, not to mention hundreds of restaurants and street food stalls.

Penang in Chinatown started on China Street, which was the original area designated for Chinese migrants by British colonialists. The community prospered and grew to what it is today, a significant city district that lies inside the Georgetown UNESCO world heritage enclave.

As you amble around Chinatown you’ll notice that because it is situated inside the protected area, there are no high-rise buildings, no modern Honda and Ferrari shops, and no McDonalds chains.

Everything really does look like it would have two hundred years ago, albeit there are 7/11’s, small bars and boutique hotels. 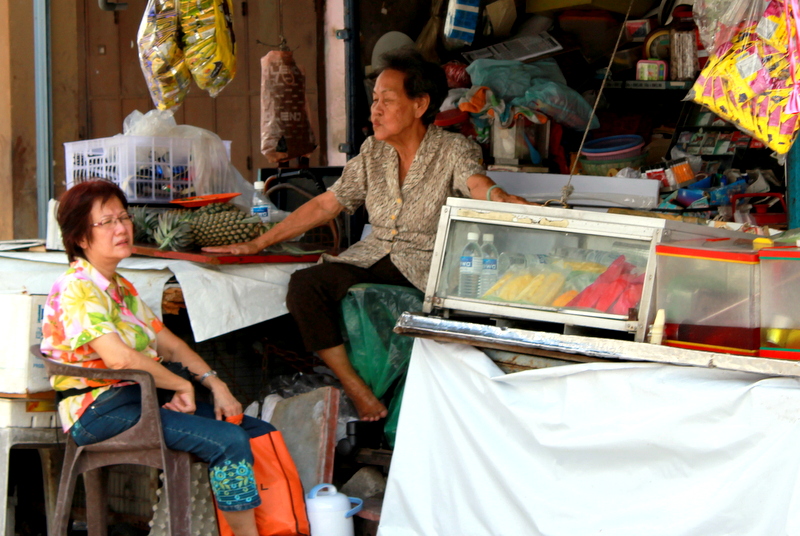 We only had three days in Penang so we didn’t actually spend that much time in Chinatown, which is why most of what is featured is pictures. 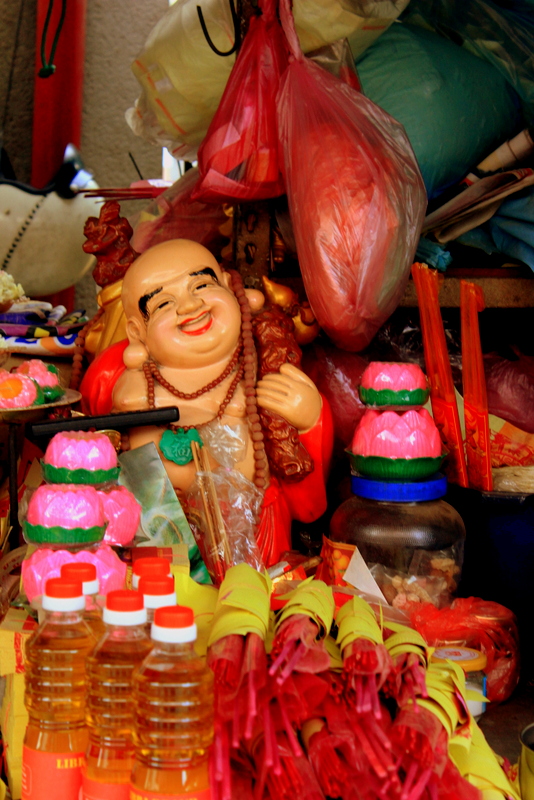 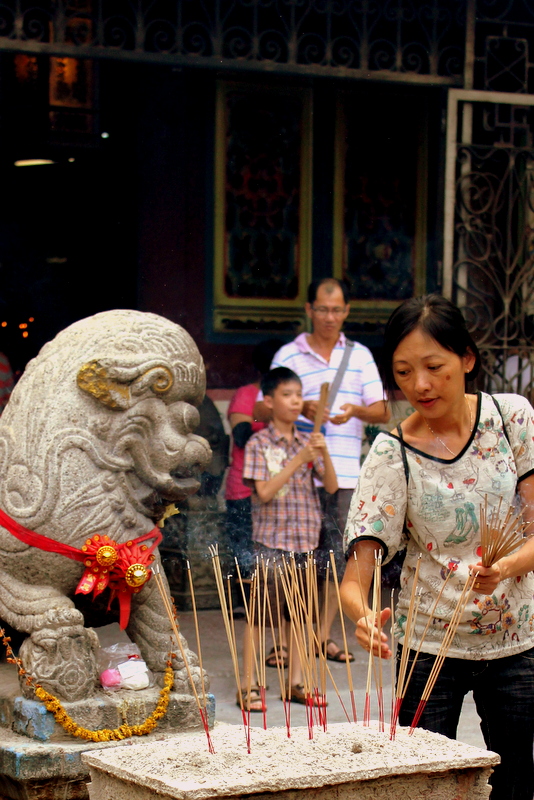 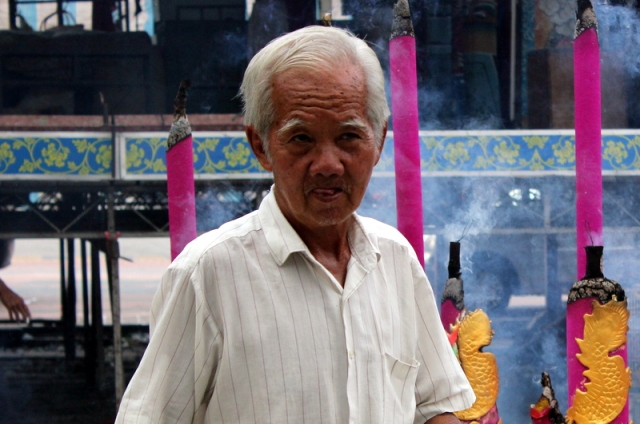 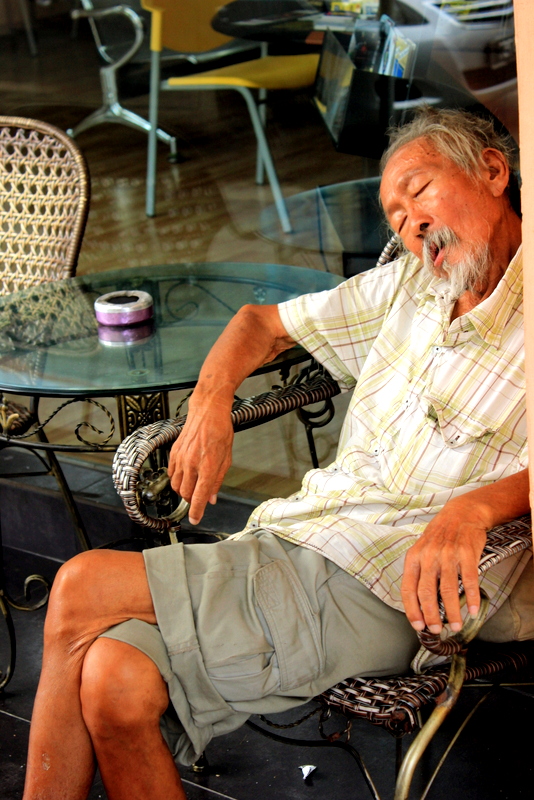 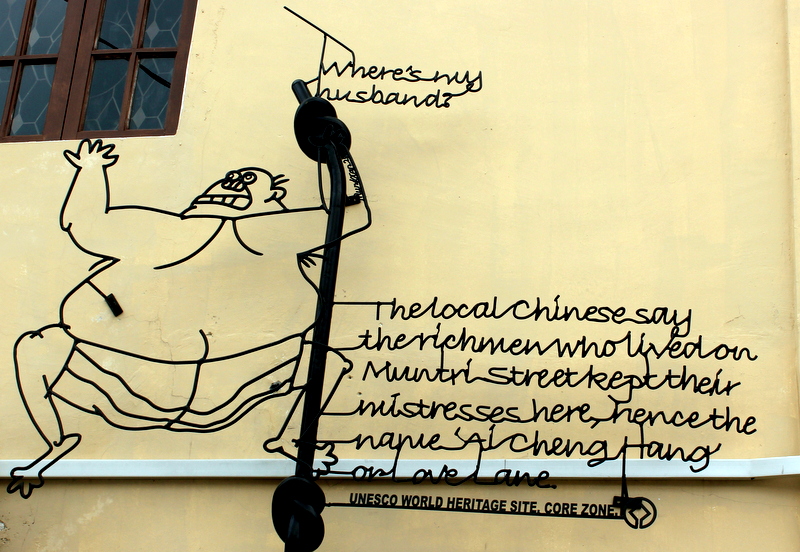 All over Georgetown’s UNESCO world heritage site enclave there are street art murals like the one above that give visitors little pieces of the district’s history. Pretty awesome man. 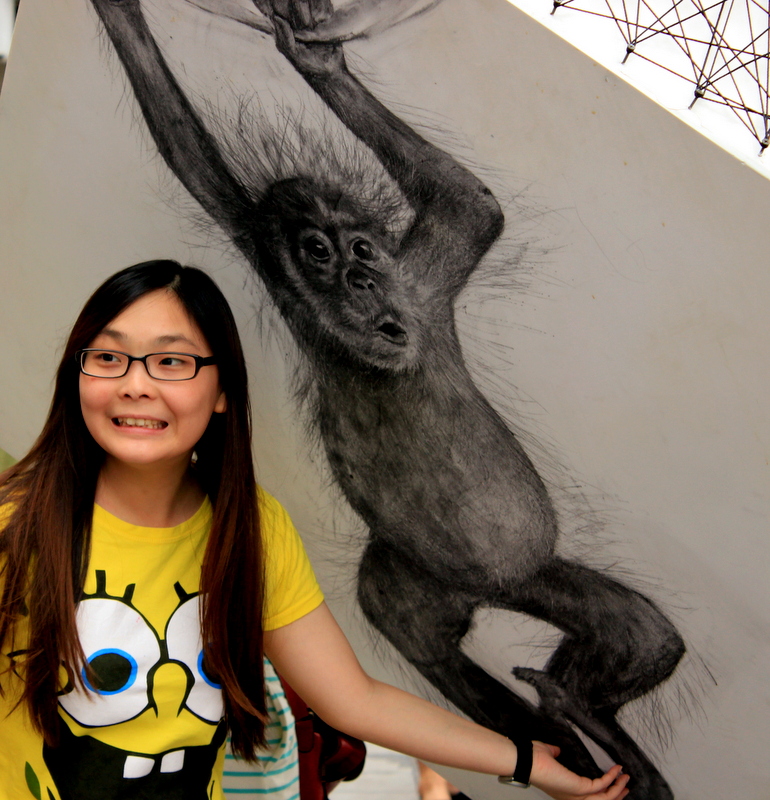 Other things to do in Penang: Butterfly farm and Penang Hill (which will be both be featured in an upcoming post) and of course EAT UNTIL YOU DROP!!!