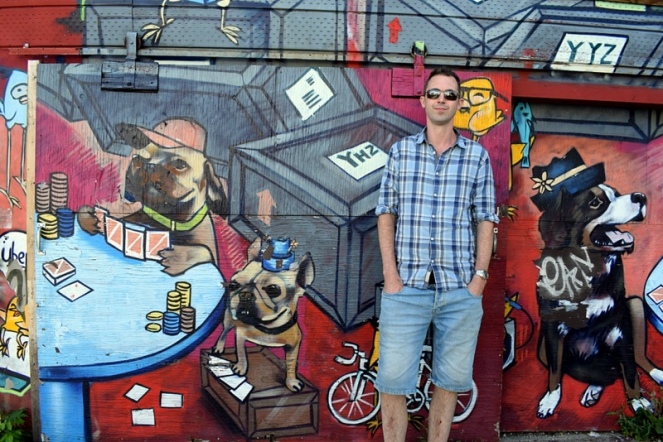 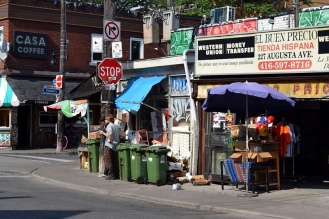 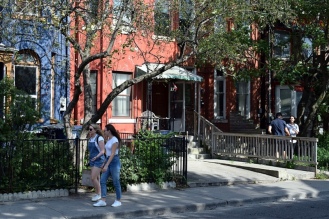 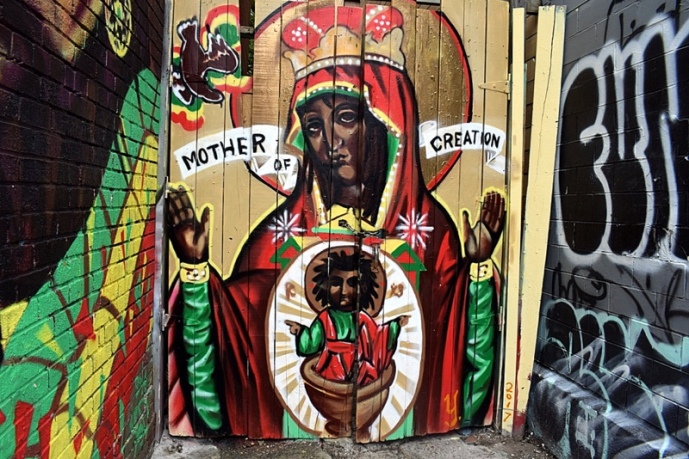 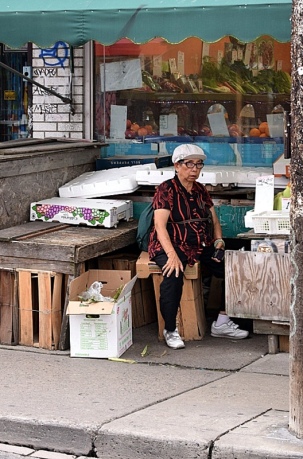 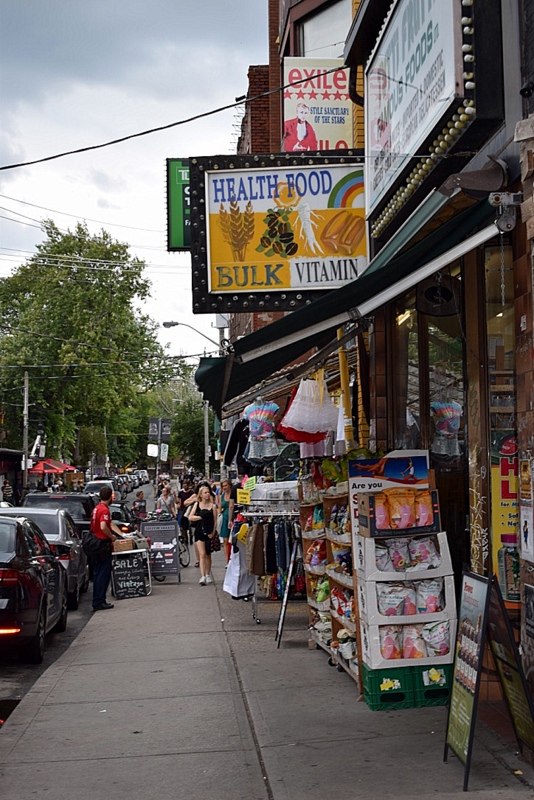 1:30 pm: Hit up the Steam Whistle Brewery for some real Canadian ale

Truth? We tried to go to the Toronto aquarium and the line was insane so when we saw a brewery across the street we thought, it’s 5 o’clock somewhere and we headed straight for the Stream Whistle Brewery. Upon entering this magical establishment (beer is good, mmkay?) we were given a sample of the brewery’s flagship beer, which obvs made us decide to spend the next few hours sipping on Canadian ale and eating giant pickles. 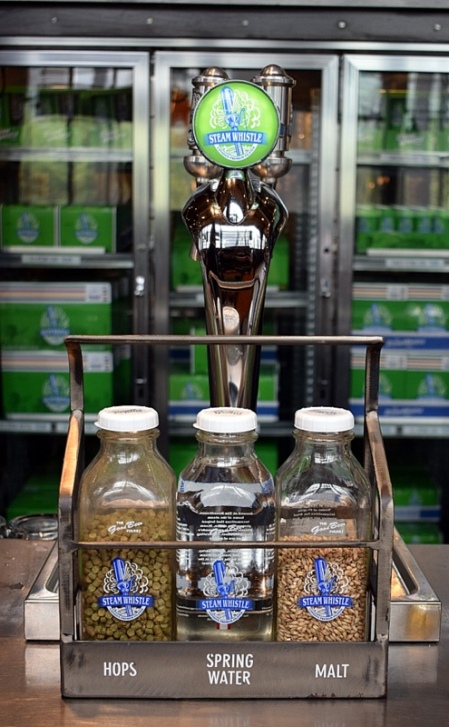 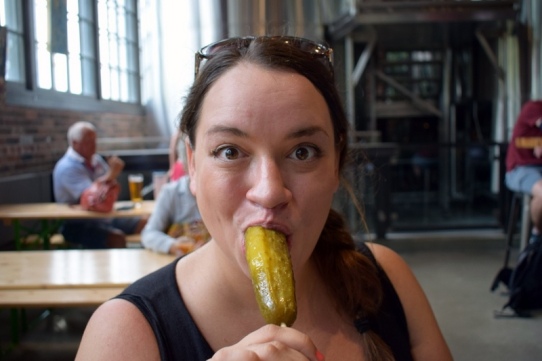 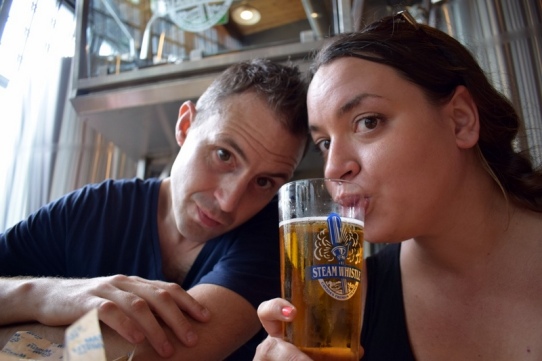 4 pm: Bike off some of that food and beer and head to Chinatown

Once our stomachs had consumed enough beer to make the rainy Toronto skies seem much brighter, we started strolling towards Chinatown. We soon realized this was a lot further away than we had thought. Never fear, Toronto bike sharing is here! We jumped on one of the city bikes and rode our way up a slight incline for about twenty minutes (harder than it sounds).

Once we got to Chinatown we were honestly so wiped out from the cycling that we decided to skip the food and just do a bit of shopping instead. My fave buy was a wooden back scratcher, cause who doesn’t need one of those?

6 pm: Chill out in Kensington Market and hang with the locals at Hotbox Coffee House

Kensington Market was my favorite part of Toronto and I really, really enjoyed the laid back atmosphere and general chillness in this area. As soon as we arrived we wandered around taking tons of photos of all the shops that are run out of what reminded me of San Francisco Bay’s town houses, and obvs we noticed there were several dispensaries too. After a good hour of wandering, we made our way to Hotbox Coffee House, which is a cafe with a lush outdoor seating area in the back where you can smoke the pot you bought at the dispensary down the street (if you’re into that sort of thing). In addition to letting you smoke (weed, not cigarettes), Hotbox Coffee House also has board games, making it the perfect place to while away a few hours whilst waiting for your stomach to catch up with your brain and prepare to eat again. 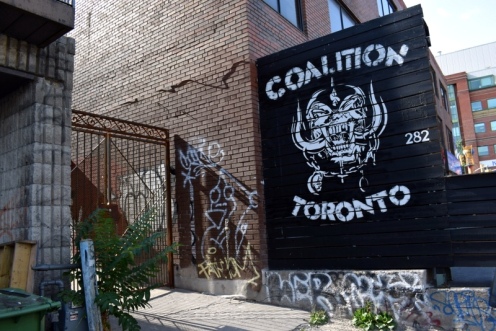 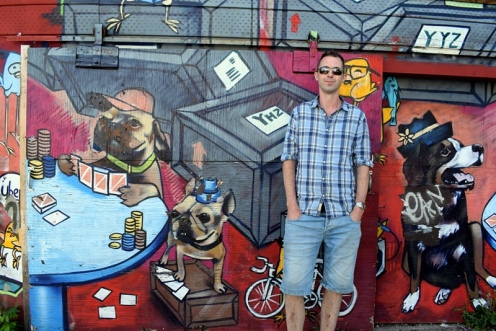 As the old saying goes, home is where UberEATS delivers. Now I’m not usually one to recommend you skip exploring a foreign city in order to eat takeout at home, but we were so blown away by the Nepalese food we ordered on UberEATS that I had to add it to my list. We ordered spicy crispy beef and Nepalese momos (lamb dumplings), and the food was delivered piping hot, in under 30 minutes. I’m not a Nepalese food expert but these were the best momos I’ve ever had, and the beef was spicy in a beautiful but not overpowering manner.

11 am: You’re on holiday, have a cocktail or try a local Canadian ale

The bars around Toronto are plentiful and extremely welcoming, and we found ourselves chatting with the bartenders and getting city tips in a number of establishments. Do yourself a favor and take the time to have a drink, talk to the locals and just chill while watching the city go by. 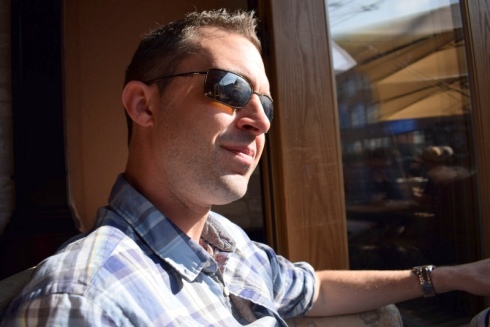 Noon: Have a porchetta sandwich from Porchetta & Co.

This is another foodie destination that was recommended by the late Anthony Bourdain, and as opposed to the peameal bacon sandwich, this really did live up to our expectations. Pork crackling and roast stuffed in a hot bun with onions, hot sauce and mustard. Simple. Elegant. Divine.

1 pm: Head for Toronto City Airport and take the ferry if you can

We had booked a flight to Boston without realizing we weren’t flying from Pearson International Airport but rather from Billy Bishop Toronto City Airport (which turned out to be a blessing as it’s much easier to get to). Located in the middle of the city, not only was the Airport small and easy to navigate, but the views you get when flying out are unbeatable. When arriving at the airport give yourself enough time to take the ferry across from the mainland as this too is an adventure in itself. 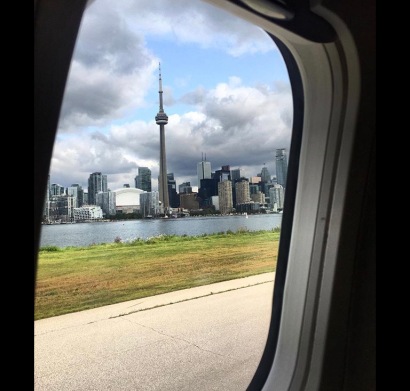 Stay tuned for more updates from my travels around the world!